On the 16th April 2010, another episode of the pro-parapsychology show Skeptiko addressing the topic of Near Death Experiences (NDEs) was posted by its host, Alex Tsakiris. This was part of a series of episodes looking at NDEs and featured the return of a previous skeptical guest Dr. G.M. Woerlee. Dr. Woerlee is an anesthesiologist and has written a couple of books on NDE from a skeptical perspective. As for the content of the interview itself, I recommend anyone interested in NDEs ignore the dismissive title and introduction and take a listen, as there is some good discussion to be heard.

The first thing to note about the episode is that the interview itself is actually quite balanced. Alex makes his case for why NDEs are simply unexplainable by current medical knowledge and Dr. Woerlee responds by presenting and discussing the natural explanations for NDEs. As you might predict, Alex does not find such explanations compelling and Dr. Woerlee similarly does not find Alex’s conclusions- that NDEs prove dualism correct and that consciousness can survive bodily death- to be convincing. However, despite the disagreement a respectful tone is kept throughout the interview and Alex gives Dr. Woerlee the time to present his case and respond to points he raises.

END_OF_DOCUMENT_TOKEN_TO_BE_REPLACED 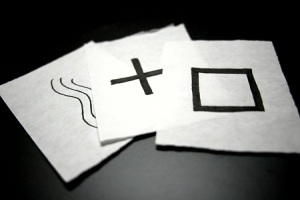 Skeptiko is a pro-parapsychology podcast which attracts a mix of ire and exasperation from the skeptical community due to its misleading title and the tendency of its host, Alex Tsakiris, to promote the show as being an agenda free exploration of ‘controversial science’. A quick listen to any episode of Skeptiko will confirm to an impartial listener that the host, far from being ‘agenda-free’, possesses a painfully evident bias which infusses the entire character and tone of the show. Tsakiris tends to fawn over guests who are on to promote forms of parapsychology he supports and is openly hostile to- the point of occasionally berating- skeptical guests.

In light of the above, and to try and redress some of the bias inherent in the show, I have decided that I will try and offer some skeptical commentary on the Skeptiko shows as Alex adds them and I get time to go through them. It is unlikely that this will have any impact on Alex or the fans of his show, but it might mean that someone who listens to Skeptiko without an agenda and then does a google search on the topic could come across an alternative perspective rather than falling further down the Skeptiko rabbit hole.

So without further adieu, here are my thoughts on ‘Skeptiko episode 100: Dr. Garret Moddel Brings Psi Research to University of Colorado Classroom‘.

END_OF_DOCUMENT_TOKEN_TO_BE_REPLACED

Well that’s a title that’s sure to mean practically nothing to almost everyone… nevertheless it’s still true!

The Theosophists were a group that came into being at the end of the nineteenth century lead by an eccentric medium named Elena Petrovna Gan better known as ‘Madame Blavatsky’. They were akin to what we would recognise today as new age enthusiasts; they believed in a wide variety of psychic and paranormal phenomena and were very interested in reinterpreting the ‘ancient wisdom’ of religious traditions particularly ‘exotic’ traditions such as those found in East Asia and India. Reading any Theosophist work is a fascinating and extremely frustrating experience. In that if you have any familarity with the subject they are discussing you are immediately aware that they are, by and large, talking rubbish but at the same time their deep fascination with all manner of quirky subjects together with their old fashioned style of writing makes their works strangely appealing.

END_OF_DOCUMENT_TOKEN_TO_BE_REPLACED

Well it seems I can’t get this Brooks fella out of my head (see the post before this). After having a look through the Skeptiko interview transcript  I was reminded of some of the nonsense from that interview that I didn’t get round to addressing in the last post. So below are a few more of my thoughts on why this interview suggests Brooks is (to put it mildly) not the best source for accurate science portrayals.

END_OF_DOCUMENT_TOKEN_TO_BE_REPLACED 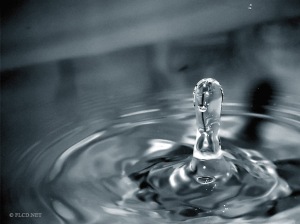 Science writer Michael Brooks has been cropping up all over the place recently (or at least all over places I pay attention to) seemingly on the promotion circuit for his recent (2008) book on scientific mysteries ’13 things that don’t make sense’. I’ve actually read several of his articles in the past without noticing he was the author but I first came across him personally about a week ago in an interview for the ‘skeptiko’ podcast- an unfortunately titled anti-science and pro-paranormal/pseudo-science- show hosted by one Alex Tsakiris.

Alex’s guest’s tend to be proponents of various paranormal or pseudoscientific silliness however there is the occasional skeptic or mainstream researcher thrown into the mix, so Brooks’ appearance on Skeptiko was no real indication of where on the spectrum of silliness to serious he lies. His interview was. And it isn’t good news.
END_OF_DOCUMENT_TOKEN_TO_BE_REPLACED