Reposted from the article I wrote for Aeon (published 11th May 2016).
Image of partially buried moai statues on Easter Island by Carl Lipo (CC BY 2.0)

Easter Island, also known as Rapa Nui, is an island in the Pacific famous for the massive humanoid statues peppered along its coasts. These moai are commonly called stone heads, but actually most possess bodies, and the largest constructed stands at over 30 feet and weighs 82 tons. Ever since these monoliths were encountered by European explorers in the 18th century, the history of the island has been a topic of fascination and debate. Most captivating is the mystery of how almost 900 moai were carved and transported, mostly between 1250 CE and 1500 CE, only to be toppled and abandoned by the 18th century.

The history remains contentious and its scholarship is currently hosting a fierce debate between two rival camps. The first account, popularised by Jared Diamond in his bestselling book Collapse (2005), presents the island’s history as a cautionary tale of the destructive potential of humans to overexploit natural resources. A contradictory account has been advocated over the past decade by a group of scholars, led by the anthropologists Carl Lipo and Terry Hunt, who contend that the ‘collapse’ Diamond describes is largely a European myth. Instead, continuity is the hallmark of settlement on Rapa Nui.

END_OF_DOCUMENT_TOKEN_TO_BE_REPLACED 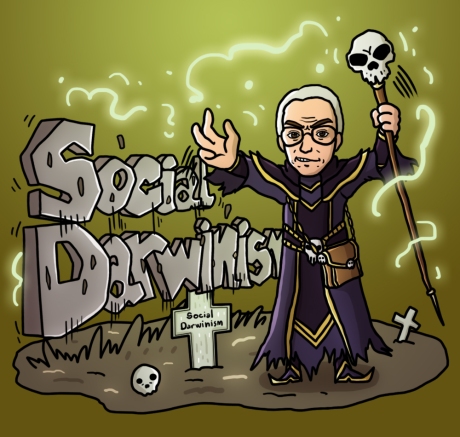 D.S. Wilson is on a quest to ‘rescue’ Social Darwinism and restore the term to respectability. Although this is now old news, I still think it is worth taking some time to discuss the implications and potential unintended consequences of this agenda.

END_OF_DOCUMENT_TOKEN_TO_BE_REPLACED 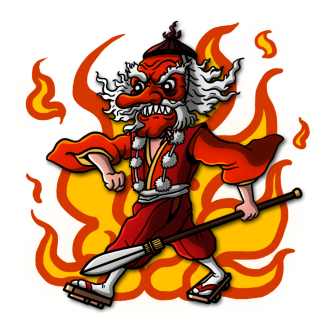 END_OF_DOCUMENT_TOKEN_TO_BE_REPLACED

The ‘religion’ in Japan debate prompts existential angst for Amaterasu, the Shinto Goddess.

A number of years ago I wrote a blog post about a lively debate between Timothy Fitzgerald and Ian Reader concerning whether it was appropriate to speak of ‘religion’ in Japan and whether the concept had any coherent significance prior to the arrival of the Western colonial powers and their ideological baggage. From my perspective a clear winner emerged from these exchanges (*spoiler* it did- see my previous post for details) but I’ve just become aware that, while working on my PhD, I seem to have missed a more competitive second round that has been taking place over the past few years, due in large part to the work of Jason Ānanda Josephson.

END_OF_DOCUMENT_TOKEN_TO_BE_REPLACED

(although it has not been published yet) –

A few weeks ago, I attended the International Association for the Cognitive Science of Religion’s (IACSR) 5th Biennial Conference. The theme this year was focused on addressing the state of the field, 25 years after the cognitive approach to religion (CSR) first appeared (at least in its modern incarnation). I contributed to these efforts by presenting a critical review of the Minimal Counterintuitiveness (MCI) literature, and a short poster that detailed a recoding of a previous study on MCI items in Roman prodigies (Lisdorf, 2001) (for those who may be interested, the recoding reversed the original pattern reported). However, I’m not going to review my own talk (for obvious reasons), nor do I intend to offer a thorough account of the entire conference, instead I’d just like to point out some personal highlights and my impressions of the conference overall.

END_OF_DOCUMENT_TOKEN_TO_BE_REPLACED

Zombies are currently enjoying a resurgence in popular culture appearing in a host of popular movies, TV shows, comics, reinterpretations of classical fiction and even computer games fighting with plants. Having just enjoyed/endured the controversial 100th issue of the Walking Dead zombies are also firmly in my mind and as such I’ve thought of another useful purpose they can serve; illustrating the features of a minimally counterintuitive concept.

The field of the Cognitive Science of Religion involves approaching religions and religious beliefs from a scientific perspective and examining whether part of the enduring popularity of religion can be explained by the cognitive features and evolutionary history shared by all humans. A central finding/theory that has emerged from this field, primarily due to the work of Pascal Boyer and Justin Barrett, is that almost all religious dieties and icons, despite their apparent diversity, can be placed into a ‘Minimally Counterintuitive’ (MCI) template. What this means is that they possess most of the expected and intuitive aspects associated with a particular category of things, for instance a zombie like a normal person moves around under its own power, seeks food, is subject to gravity, sees with its eyes and so on. However, MCI concepts also involve one or two violations of our intuitive assumptions, so in the case of zombies this means that the biological assumption of mortality/being susceptible to injury is violated. Zombies are dead and they typically don’t seem that bothered by injuries that would be of significant concern to a normal human. The MCI template then can be presented as: