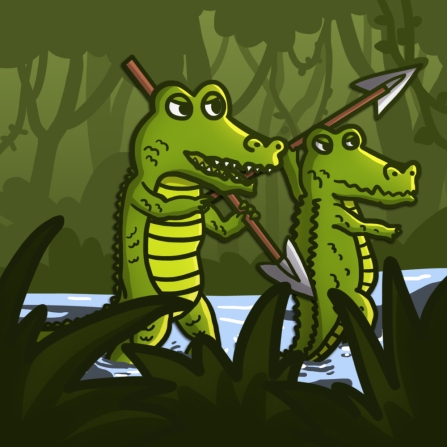 After writing recently about the flawed research of Sam Parnia on Near Death Experiences I was accused by a few NDE advocates in the comments section of employing unduly high standards of evidence in my analysis of the studies shortcomings. My critical stance, they argued, was due to a deep ideological bias against the very possibility that there could be life after death or a non-material aspect of human consciousness. Personally, I would characterise myself as deeply ideologically biased in favour of both hypotheses, as I would be very happy if we were able to find evidence that there is life after death and, similarly, who wouldn’t want things like telepathy and out of body mental projection to be possible? As such, the issue for me is not that these kind of findings are undesirable but rather, precisely because they are very desirable, we need to be very cautious that confirmation bias is not seeping into our analyses.

In my experience advocates for psi and other paranormal tend not to appreciate just how necessary a strong critical environment is to the production of good science. A nice illustration of what I mean, is found in a relatively popular trend within academic journals to publish a single long form ‘target article’ which is then followed by a series of short commentary articles from relevant scholars, before the original authors have a chance to conclude with a response to the comments. The point here is that such commentaries typically run the gamut from being congratulatory to being overtly hostile to the theories presented in the target article. I’ve found that this format works well and produces some of the most productive articles for the reader, as it is possible to identify the wider field’s likely response through the microcosm of the commentary pieces. Unfortunately, this kind of engagement seems to be rare in psi and NDE research, with the proponents instead establishing their own journals, which become self citing cliques hostile to any critics- regarded as uninformed interlopers, as opposed to peers with different interpretations of the evidence.

Despite such unfortunate trends, the charge that even self professed skeptics can display notable selective biases in the application of their skepticism is warranted. Indeed, the fact that such a phenomena exists is also acknowledged by skeptics, who have a term for when people are failing to apply their critical perspective to a certain cherished topic; possessing a ‘sacred cow’. For instance, a widespread sacred cow, that I also possessed, is the popular Western perception of Buddhism as an atheistic and scientific philosophical system. I became disabused of such notions, swiftly and painfully, through my decision to study about Buddhist cultures and history during my undergraduate degree but the idealistic portrayal remains all pervasive and crops up everywhere from Academic articles to Russell Brand’s rants (and occasionally, my facebook feed). Although I had that particular cow prematurely slaughtered, it is almost certain that there is a whole invisible herd inhabiting my thought processes and views, just waiting for the right motivation (such as encountering evidence that vitamin pills are of practically no use) to make themselves heard.

But the fact that everyone has their own herd of sacred cows, does not mean that everyone has the same amount or that everyone reacts the same way when they are exposed. A recent compelling illustration of this was spurred on by listening to a segment on a recent episode of the Skeptics Guide to the Universe, a skeptical science news show. On the show, one of the hosts, Bob Novella, provided a breathless summary of some recent research that claimed to show that crocodilians are capable of cooperative coordinated hunting. While this might not sound like a big deal to those unfamiliar with the comparative research literature, there are actually a very limited number of animal species that we know of which engage in this kind of complex hunting strategy; dolphins, killer whales and some other cetaceans do, and so too do our closest relatives, chimpanzees, but in total, there are remarkably few species that display this ability (around 20). Moreover, it has never been documented in a reptile species, thus, if this ability has been found to exist in crocodilians it is indeed big news! But does the study actually provide strong evidence that this is the case? Giving that this is a ‘skeptics’ show and judging from Bob’s enthusiasm in the segment, also reflected in his summary article, the answer would appear to be a resounding yes! As Bob explained during the segment that these findings were helping to overturn decades of a mammalian bias in the research literature, that had prevented the true abilities of these animals being recognised (see also this recent critical review). He went on to detail a number of observed examples which are mentioned in the paper, including:

… multiple crocodiles swimming around a school of fish in an ever-tightening circle until the fish were essentially a tight ball of snacks. The crocs would then take turns diving through the center of the ball for a mouth full of them. At other times, larger crocodiles would drive fish from deep water into shallow water where smaller more agile ones could ambush them and chase them down. In one case, a salt-water crocodile chased a pig off a trail into a lagoon where two small crocs were waiting in ambush.

The issue here, which will be very familiar to those who have spent anytime with comparative studies, is that these isolated accounts could quite easily be the result of individual hunting strategies which resulted in behaviour that humans then inferred to be cooperative. Take the pig example mentioned above; was this really a case of a crocodile delivering a meal to his two hidden hunting partners, which would seem to involve a host of complex perspective taking, including of unseen cohorts, or could it have been a case that a failed attack resulted in a panicking pig fleeing into the opportunistic jaws of two nearby crocodiles. The researcher in question may feel confident that they recognised intention and coordination in the attack, but we are a species that is excellent at discerning pattern in random action and inferring intentional mentalistic agency behind anything that moves, including triangles. As such, we should always be cautious when making inferences from observed behaviour about what other animals are thinking. This would be less of an issue if crocodiles were regularly observed to be performing such coordinated attacks but even the new article only presents “a handful of observations, some dating back to the 19th century”. To be fair, Vladimir Dinets, the author of the study, does recognise these limitations in the discussion section of the original article, stating that:

A major problem in evaluating opportunistic observations of coordination and collaboration during hunting is that the intentions of the participating animals can virtually never be known with certainty. Did they intentionally drive the prey towards the ambushers, or was it just a coincidence? Did other hunters anticipate the prey’s movement and position themselves so as to intercept it, or did they just happen to be in the right place in the right time? Was it really mutual cooperation, or were some animals simply snatching prey that was being pursued by others?
The only way to convincingly demonstrate coordination and collaboration is to make numerous observations, showing that the observed patterns are too regular to be artefacts. In the case of crocodilians, this is extremely difficult to do. They do not spend as much time hunting as do mammals or birds, they are predominantly nocturnal and much of their hunting is conducted underwater, often in murky waters.

Dinets is convinced that the perceived coordination and collaboration abilities are real due to his own extensive personal observations and the “striking” similarity “between some of the accounts by independent observers” (2014: 5). However, there are other plausible explanations for the similarity such as: 1) the judgements of similarity being made by a researcher with a vested interest in a particular outcomeand 2) all of the researchers making the observations carry with them the same human intention seeking bias, that would seem especially prone to activate when trying to interpret the actions of large predators. What compounds the issue of bias further is the method through which the accounts were collected, as reported in the University press release: “Dinets used Facebook and other social media sites to solicit eyewitness accounts from amateur naturalists, crocodile researchers and nonscientists working with crocodiles”. This method is understandable, given the difficulty with observing the hunting behaviours of “ambush hunters [who] have slow metabolisms… eat much less frequently … are mostly nocturnal and often hunt in murky, overgrown waters of remote tropical rivers and swamps” (again from the press release). However, it also essentially guarantees that you will receive stories/confirmation, including from non-scientists, who may be very adept observers but are likely much less aware of issues of anthropocentric projection. Imagine the response, for example, if you asked on social network for accounts of hamsters understanding human speech. I suspect you would receive many reports and you would likely also find that the narratives about such language sensitive hamsters similar, but is that really good evidence that hamsters possess such an ability? 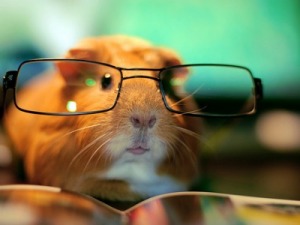 What’s that you say? Stocks are down?

The issues I raise are not to try and dismiss the value of the evidence offered by Dinets but it does, at best, make the findings preliminary and suggestive, which is certainly not how they were reported on the Skeptics Guide. And herein lies the rub, if this was a study published by Near Death Experience ‘survival’ advocates, that relied entirely on anecdotal/observational accounts, partly collected through social media, Bob and the other hosts would certainly have raised the kind of issues I highlight above. The fact that none of them did, is not a black eye for the Skeptics Guide, its just an indication that even professional skeptics have their blind spots, particularly when it comes to topics they are enthusiastic about, but not experts in. Thus, the paranormal/psi critics are certainly correct that skepticism is not applied entirely consistently. However, although all of us possess blind spots and sacred cows, the most telling fact is how you respond to them being revealed, so to finish I’ll quote the response from the main host, Steven Novella, when I pointed out these issues with the segment in the comment section of Bob’s excited article:

Chris – I agree with you. I had the same thought when I will listening back over the segment. Crocodiles being ambush hunters may be enough to explain these observations. It will be interesting if researchers can figure out a way to distinguish between deliberate and accidental interaction between crocodilians during hunting.